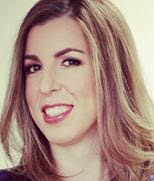 The Membership Outreach Committee is proud to host author Amie Parnes at the annual JLW Book Club Kick-off event, Tuesday, September 23, at 6:30 p.m. Parnes covers the Obama administration as the White House correspondent for The Hill newspaper, a D.C.-centric publication.

As a 10-year veteran of political journalism, Parnes has traveled extensively with Politicians we all love to love or love to hate…or at the very least, would love to hear about. The list includes those affiliated with the Hillary Clinton, Barack Obama and John McCain presidential campaigns during the 2008 presidential race. She also appears frequently on MSNBC and has been featured on CNN and Fox News, as well as various other recognizable networks.

In 2014 Parnes took politics to pen, publishing HRC: State Secrets and the Rebirth of Hillary Clinton, along with co-author Jeffrey Allen. The political biography offers readers a rare look inside the Clinton political powerhouse while demonstrating how Clinton fundamentally transformed the U.S. Department of State using the force of her fame and following, and her unparalleled knowledge. It also provides an in-depth look at Clintons personal relationships and how the power of Washington works.

Parnes will answer questions from JLW members as one of the four female, Washington, D.C.-based authors at the Book Club Kick-Off, which will be hosted at JLW Headquarters in the Loughborough Room. Other authors include Judy Bachrach, Monica Barnett and Sarah Pekkannen. The event will also include food, beverages, book sales benefitting the league and plenty of time to mingle with other women participating in this year’s book clubs. If you’re interested in attending the Book Club Kick-off event, please RSVP here.