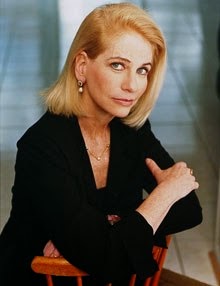 Bachrach’s latest book Glimpsing Heaven, The Stories and Science of Life After Death, (National Geographic Books) hit shelves earlier this month and already is on No. 1 on three Amazon.com lists. Bachrach collected real-life accounts of people’s glimpses with death only to come back to life, and spends hours interviewing doctors, nurses and scientists to garner professional opinions. It promises to be an interesting read, redefining the meaning of both life and death
.
If spirituality isn’t your genre, Bachrach’s writing is diverse to say the least. Her last book, Tina and Harry Come to America, is a biography of Tina Brown (former editor of Vanity Fair, the New Yorker and Talk) and her husband, Harry, a former president of Random House. She also has written articles featuring celebrities including Carrie Underwood, Jessica Alba, Goldie Hawn and fashion designer Giorgio Armani. Bachrach currently works as a contributing editor for Vanity Fair and is a regular book critic for The Weekly Standard.

Bachrach will answer questions about her works, as well as her philanthropic ventures in our community, including her “Ask Judy” online forum, which offers advices to relatives of the terminally ill; knowledge she has gained over years as a hospice volunteer.

Bachrach is one of four female, Washington, D.C.-based authors who will attend the Book Club Kick-Off, which will be hosted at JLW Headquarters in the Loughborough Room. Other authors include Monica Barnett, Amie Parnes, and Sarah Pekkannen. The event will also include food, beverages, book sales benefitting the League and plenty of time to mingle with other women participating in this year’s book clubs. If you’re interested in attending the Book Club Kick-off event, please RSVP here.