For children across the country, the summer was time to celebrate – the school year had officially come to an end. But behind the celebrations of millions of K-12 students, there were some pretty startling statistics surrounding kids without an opportunity to participate in summer learning. And what that lack of opportunity means is much more significant than you might expect:

These are just a few of the disconcerting statistics surrounding students who lack a structured summer reading program. And that’s why the Junior League of Washington and a handful of Community Partners came together to provide summer reading materials to children throughout D.C. 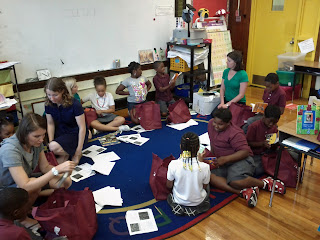 On June 11, the Junior League of Washington launched its 100,000 books distribution component of Resolution Read with a summer reading book distribution at Smothers and Maury Elementary Schools in Washington, D.C. JLW volunteers joined forces with a new community partner, the Literacy Lab, to distribute books to the 3rd and 4th grade classes at the school. There, the children tore into their bags and were excited to see all of the new books – especially the one where they recognized the titles, like Judy Moody! The teachers were also thrilled for the kids and their summer reading adventures. One teacher commented on the positive impact that she’s seen in her student that participated in the Literacy Lab’s tutoring program during the regular school year, noting that one student had improved by nearly two grade level! 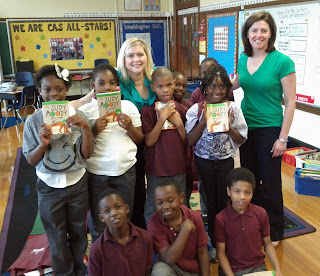 Then, on Wednesday, June 13, the JLW co-hosted a third summer reading book distribution with the Literacy Lab – this time at Orr Elementary School in Southeast Washington, DC. As with the other two Literacy Lab distributions, students in three classes were given seven books and one dictionary to keep them busy readers over the summer. There, JLW President Wendy Cumberland, Vice Treasurer Marie Hahn and Community Affairs Council Director Carly Rockstroh were on hand to help distribute the books and had the chance to start reading the books with the students. Among the most popular books – Judy Moody and Sideways Stories from Wayside School – which were immediately cracked open. This Resolution Read event was extra special as it was the first time the Literacy Lab worked at Orr Elementary School.

Later, in mid-June, the JLW joined the girls at Excel Academy for their last Friday of the school year to hand out two books to each girl to take home with them and enjoy over the summer, in hopes their home library would continue to grow. These books were in addition to the two books the JLW gave them over spring break. There are more stories to share, and we’ll continue to post them. So far the JLW donated a whopping 6,266 books to D.C. students aged pre-K through 4th grade in partnership with groups such as the Literacy Lab, Excel Academy, Washington Middle School, Washington Jesuit Academy, and Horton’s Kids.

And that was just the beginning of our newly expanded Resolution Read program in which the League will put 100,000 books into the hands of students in the greater D.C. community in the next one to three years. 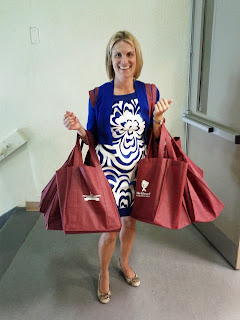 Getting involved is as simple as reading to a child in your life, signing your children up for summer reading programs such as those sponsored by the DC Public Library and Library of Congress, and of course, supporting JLW’s fundraisers by making donations to Resolution Read and attending special Centennial events.