Our 2,334 members are the force that makes change happen. The Junior League of Washington is proud to be an organization of women celebrating and honoring diversity while focusing on shared values. Ahead of our Applicant Interest Form deadline on Friday, December 9, we wanted to take some time to introduce you to just a few of our members so you can learn a little more about them and why they joined JLW.

Today, we’re introducing you to Abigail, a JLW New Member. Abigail joined JLW this year after one of her personal and professional mentors, Amy, helped her realize that the League would help her grow and feel empowered as a female leader and volunteer. Abigail also saw how much Amy loved JLW and is so excited to be a part of the League this year. When she’s not completing her New Member opportunities, she’s attending a Pi Phi Alumnae club event, happy hour with friends, or cooking dinner! On the weekends, she likes to explore the city and try out new brunch spots. Abigail’s favorite restaurant is the Hamilton, near the White House. 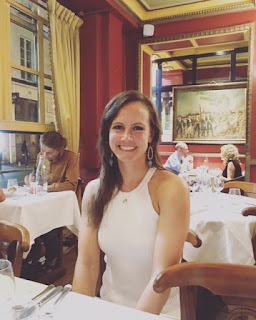 Meet Anne:
Public Relations and Digital Media Committee Chair Anne is in her fifth year as an active member in JLW. Anne transferred from the New York Junior League, which she joined in 2000. Anne joined the League because she believes it is important to volunteer in her community and to give time to helping others. As Chair, Anne manages the League’s social media and PR initiatives, handles live coverage of many of our events, and meets with other leaders to think of new opportunities for sharing JLW’s story. Outside of JLW, she loves yoga and is a competitive runner. She’s completed two 10-milers and two half-marathons to name a few.
Meet Jackie: 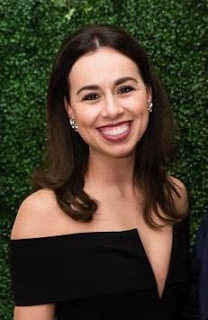 Jackie is the Vice Chair of the Esprit Committee, which plans social events throughout the city. Jackie joined JLW to volunteer in the community and make new friends. She grew up volunteering with her family and friends, and realized how difficult it was to get involved in the community when she moved to DC 10 years ago. Jackie’s favorite JLW memory was meeting her friend Stacey at the National Book Festival training during her new member year. She and Jackie have remained close friends throughout her JLW experience. Jackie’s favorite DC activity is attending free concerts held at the Society of Cincinnati’s Anderson House in Dupont Circle. 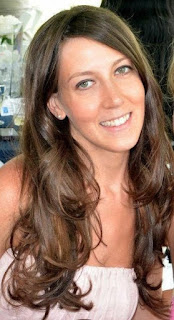 Sarah serves as chair for the National Museum of Women in the Arts (NMWA) Committee. Sarah was looking to volunteer in the Washington, DC, community, and found it difficult to find the right opportunity. Sarah has been in the JLW for four years, and has served on both the Member Recruitment Committee and NMWA. Sarah’s favorite JLW memory was in her first active year, on Member Recruitment, when she planned a brunch for the committee after an orientation session. She’s still very close with many of the woman on the committee!
We asked Sarah the question, “If you had your own talk show, who would your first three guests be?”
–  Laura Bush: to discuss literacy and founding the National Book Festival
–  Anna Wintour: to discuss fashion and how she runs a world renowned magazine
–  Emma Watson: to discuss her work on women’s rights and hear about playing Belle in Beauty and the Beast
Finally, when Sarah is not volunteering or at work, you can find her taking barre classes at Bar Method DC. It’s a great way to get an hour to herself, where she can focus and reset! 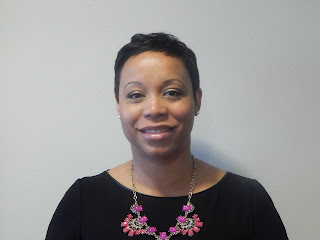 Meet Shunda:                                                Today in our #JoinJLW series, meet JLW member Shunda. A Dallas native and DC resident for over 18 years, Shunda has been a member of JLW for four years. After being introduced to the League by a former colleague and attending a JLW event, she said, “I knew that the women I would be surrounded by would inspire me to be an inspiration to other women.” One of Shunda’s favorite JLW memories is seeing the League’s direct community impact on the Washington School for Girls after helping guide the school through JLW’s grant process the year WSG won JLW’s three-year grant. Shunda also loves JLW’s spring fundraiser, Tossed & Found – “shopping + charity always equals a great time for me.” Outside of JLW, Shunda is mother to two sons, a seventh grader and a third grader; a Dallas Cowboys fan; active in her sorority, Delta Sigma Theta; and an avid reader and Pinterest addict.
Meet Sara: 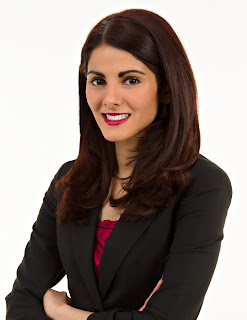 Sara. By day, she is a venture capital investor at New Enterprise Associates, focusing on biotech, and a mother to three beautiful boys under four, but she is also a seven-year member of the Junior League of Washington. She said: “My work with JLW reminds me of how blessed I am, broadens my perspective, introduces me to fun, new people, and gives me a break from focusing on ‘me and mine.'” Sara loves that in JLW, “everyone is committed, every one cares, and everyone does the job well.” She also loves the diversity of volunteer opportunities with JLW: Currently she is a member of our 3039M Magazine Committee,  and she has also volunteered with @higherachievement (where she got to team up with her husband one year!).
Meet Leanna: 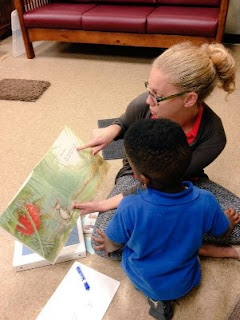 We asked Leanna, Chair of our Done-In-a-Day Committee, to tell us about her League experience. Leanna joined JLW in 2012 to find a way to give back to the community, as well as branch out and meet new people. JLW has given her a chance to meet a new group of like-minded women, including her current roommate! Leanna spent three years on the Literacy Lab Committee, serving as chair last year. She loved meeting with the kids who attended their weekly reading sessions. She worked with one little boy who started with no interest in books, who just wanted to play during game time. By the end of the year, he would race over to pick up a book and would regularly skip game time to read books! When Leanna is not volunteering with the League, she loves to travel, and has been to more than five countries just this year! She also loves to take spin and barre classes, and enjoys attending concerts at the 9:30 Club. 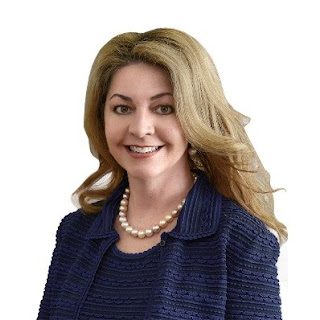 Meet Lee:
Lee Murphy, a Sustainer, joined JLW in 2006, and has worked with a number of different community partners. She initially joined so she could be a part of a group of women who are dedicated to improving the lives around them. She’s stayed a member because she has benefited greatly from being around and learning from such impressive women. Before Lee became a Sustainer, Lee volunteered with a number of different committees and placements in her eight years of service. She served with Holiday Shops, Folger Shakespeare Library, Done-in-a-Day, and National Museum of Women in the Arts. This year, she’s serving as a Sustainer Ambassador.
Meet Catharine: 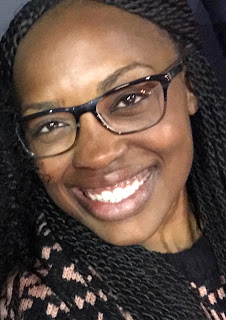 Did you know if you move, you may transfer your League membership from one city to the next? Catharine transferred to JLW from the Junior League of Atlanta after moving to DC three years ago. Already, she’s risen in the ranks to become vice chair of communications for the Transfer Committee. Catharine said, “I had such an amazing experience as a Transfer that I wanted to pay it forward and help other JLW Transfers also have a great experience.” She joined JLW because of the women: “I’m impressed at how much everyone is able to juggle – jobs, family, hobbies, and volunteering. Since joining, I’ve only grown and learned how to be a better friend and citizen.” Outside of JLW, Catharine loves to explore the city – she has a personal rule to try something different every week. From concerts, museums, and dining out, to horseback riding and hiking, she’s up for anything. 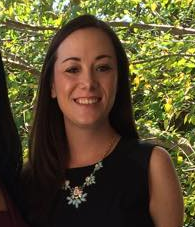 Meet Angie:
Today, we’re spotlighting Angie Landenburger, the chair of our N Street Village Committee. Angie joined JLW in 2011 to volunteer with an organization where she knew she would be held accountable. Angie has been able to learn a lot about how to manage and lead a committee while serving as chair, and noted that this experience has helped her both personally and professionally. Angie’s favorite JLW memory is from her first year on N Street Village. She had planned a lunch and craft for the residents, and was in a table where one woman was in a bad mood. She said that painting made her feel so much better, and was thankful that we had come. This has kept Angie volunteering with N Street Village for the past few years. When Angie isn’t volunteering with the League or at work, she loves to visit museums, go to new restaurants, catch up on the latest Netflix show, or attend concerts in the city. Angie’s lived in the DC area her whole life, but loves that it never gets boring. There is always a new museum, pop-up, or must-see event going on. 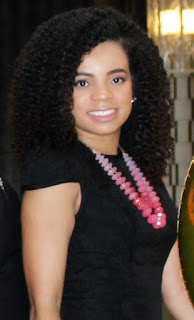 Meet Darla:
Darla Bunting, a member of the Member Recruitment Committee, joined JLW in 2013. She learned about the League and its mission from a fellow member of the First Book-DC board, which she presently chairs. “As a former elementary school literacy teacher who understands the importance of literacy in the lives of all children, and especially our most vulnerable children in the District, I had to learn more (about JLW),” she explains. Darla has served on the Community Family Life Services, Targeted Grants and Volunteer Resources, and now Member Recruitment Committees. “One of my fondest League memories includes my new member advisory group led by Jennifer Pierotti Lim. She planned the most fun social events that helped each new member shake our jitters and become acclimated to how the Junior League operates and how we can each have the most enjoyable experience.” In her free time, you can find Darla leading Enriched Schools in DC, exploring new restaurants, or making sweet confections for bridal and baby showers through her Etsy store Darling Chic Eats.

If you are interested in joining us in our mission to transform the Washington, DC, community, we welcome you to fill out an Applicant Interest form by Friday, December 9, at 11:59 p.m. ET at