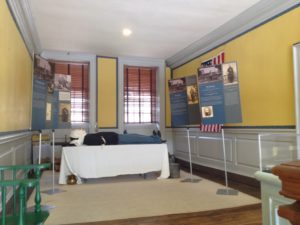 You may have seen PBS’s show “Mercy Street,” which is based on events that took place at historic Old Town Alexandria properties where JLW members volunteer. The success of the show, which just returned for its second season on January 22, has turned into a new exhibit at Carlyle House, “Who These Wounded Are: The Extraordinary Stories of the Mansion House Hospital,”and a new set of work for JLW volunteers. 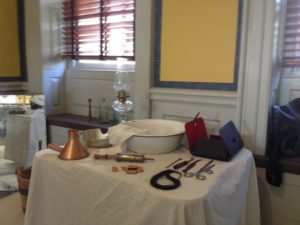 The show depicts life at the Mansion House Hospital in Union-occupied Alexandria, which was located on Carlyle House property. The Mansion House Hotel was built in front of Carlyle House and was seized as a hospital by the Union Army during the Civil War. Carlyle House itself housed doctors and high-ranking Union officers. Most of the hotel/hospital was torn down in the 1970s, but the original section still stands with staff offices located in the basement. 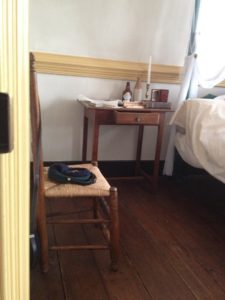 In preparation for the show’s premiere last January, Carlyle House and other historic Alexandria properties added tie-in exhibits and special tours. Previously, guided tours of the house focused on its Colonial and Revolutionary history, but the museum added an exhibit about the “real” Mercy Street, Mansion House Hospital. Volunteer docents attended several training sessions to learn about the hospital, Civil War era medicine, the Green family (who lived in Carlyle House and owned the Mansion House Hotel), and life in Union-occupied Alexandria in order to add to their tours. 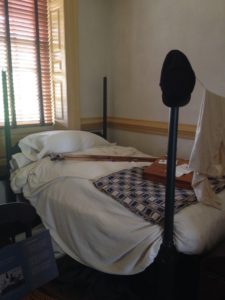 In the months since the new exhibit opened and “Mercy Street” premiered, visitation at Carlyle House has increased 75 percent. JLW volunteers help at the property throughout the year both giving tours and assisting during special events. Carlyle’s Historic Site Manager Susan Hellman says she cannot overestimate the value provided by JLW volunteers. “Our JLW docents are some of our best and every single JLW volunteer who helps at our events and programs is amazing. We always know that we will have someone reliable, smart, and willing to do whatever is needed for the success of the museum.” 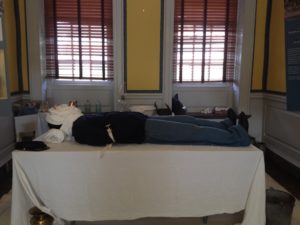 Stop by and visit JLW volunteers at Carlyle House Tuesday – Saturday from 10 a.m. – 4 p.m. and Sunday from 12 p.m. – 4 p.m. Don’t miss the exhibit “Who These Wounded Are: The Extraordinary Stories of the Mansion House Hospital,” which features an interpretation of period hospital rooms and doctor/officer housing, plus stories of nurse Mary Phinney (the main character in “Mercy Street”), through September 17, 2017. Learn more about Carlyle House’s role in “Mercy Street here.