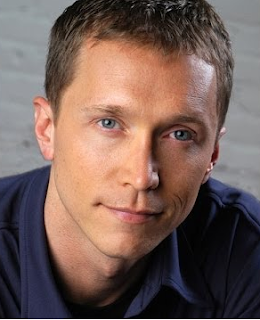 Best-selling author, Tom Rath, will join the Membership Outreach Committee as a featured guest at this year’s JLW Connection/Book Club Kick-Off event on Oct. 13 at 6:30 p.m.

His latest book is “Are You Fully Charged? The Three Keys to Energizing Your Work and Life.” The book is being made into a feature-length documentary that will be released later in 2015 and focuses on key elements of energizing work and life through personal stories and interviews with the world’s leading social scientists. The film features a company in Minneapolis, Minn., where employees work on treadmill desks; a church in Chicago that gave members $500 to spend on others; and the co-founder of the Knowledge is Power Program, or KIPP, that has helped thousands of low-income students go to college.

Rath is a researcher who studies the role of human behavior in business, health and well-being. His book, “StrengthsFinder 2.0,” was the top-selling book in 2013 and 2014 worldwide on Amazon.com. His recent bestsellers include “Strengths Based Leadership,” “Wellbeing” and “Eat Move Sleep: How Small Choices Lead to Big Changes.” In total, his books have sold more than six million copies.

Arianna Huffington, co-founder of Huffington Post, said “Are You Fully Charged?” is, “An essential book for anyone wanting more out of life.” The Washingtonian stated, “Fortune 500 leaders look to him as one of the greatest thinkers of his generation.” And Forbes noted, “Rath’s book is to bestseller lists what the Big Dipper is to our night sky. You can’t miss it.”

In addition to his work as a researcher and author, Rath serves as a senior scientist for and advisor for Gallup, where he previously spent 13 years leading the organization’s work on employee engagement, strengths, leadership and well-being. He also works as a scientific advisor for Welbe, a startup focused on wearable technology.

This year’s kick-off event will feature a panel including Rath, D.C. fitness expert and Food Blogger Kaitlyn Wozniak and a local food blogger. The event will be held at Hunton & Williams, located near the Foggy Bottom metro station. Food and beverages will be provided, and women are invited to meet their group members and plan their club’s first official meeting. If you are interested in registering for the Connection Club and Book Club Kick-Off event, please RSVP here.